Introduction: Migraine is a neurological condition that can cause multiple symptoms; severe excruciating headache is the main symptom that results in physical, psychological, social disabilities. The Headache Impact Test-6 (HIT-6) scale is useful in measuring the grade of disabilities ranging from mild to nearly total disability. Complete information on migraine-related disabilities facilitates appropriate treatment decisions.

Aim & Objectives: To explore the action of Homoeopathic medicines in improving the symptom expressions and disability using HIT-6

Materials &Methods: Thirty cases of migraine were randomly selected from the OPD setting in an uncontrolled experimental study. Out of 30 cases, 4 (13%) were male and 26 (87%) female. The mean age of patients suffering from common migraine was 37 ±8.23 years. The individualised Homoeopathic medicine, selected on the basis of the totality, was administered. Response was assessed through the HIT-6 tool administered before and after 3 months of the treatment.

Migraine is a benign and recurring syndrome of headache associated with other symptoms of neurologic dysfunction in varying admixtures. Per the simplified diagnostic criteria of migraine, it is a moderate to severely intenseunilateral throbbing type of pain, aggravated by motion accompanied with at least one of the features of nausea / vomiting, photophobia, phonophobia (1). In India, headache is a common neurological complaint, with a prevalence of 14.12% (1, 2). According to an analysis by the World Health Organization (1), migraine is the 3rd most prevalent illness in the world. Studies show that women are 1.3 times more likely to suffer from common migraine than men. Moreover, the study claims that rural women have a higher preponderance to migraine than urban women (3). The World Health Organization ranks common migraine among the top 20 conditions for compromising a Healthy life due to disability (4). Most patients (73.3%) with migraine also experience moderate to severe levels of functional disability (5). Studies performed by the “Global Burden of Headache – a documentation of headache prevalence and disability worldwide” reported migraine being the highest ranked for causing disability among Neurological disorders (6, 7, 8); 7th cause of disability (8). Common migraine associated with physical, psychological, and social disabilities is a major cause of absenteeism from work, avoidance of social and personal activities, and increased medical expenditure.

In the Homeopathic management of common migraine, it is important to assess the intensity of symptoms and its impact on the patient’s daily functioning. Knowing the accurate disabilities along with the intensity of Headache also facilitates the choice of the remedial forces i.e. Constitutional, Acute, Phasic, or Intercurrent along with the appropriate posology. The Headache Impact Test-6 or HIT-6 is a tool that measures the burden of headache and impact of headache on daily functioning. It assesses Social Functioning, Role Functioning, Vitality, Cognitive Functioning and Psychological distress. It measures one’s ability to function on the job, at school, at home, and in social situations along with the intensity of the pain. HIT-6 scores below 49 indicate that there is no disability due to headache. The score of 50 – 55 indicates mild disability, 56 – 59 substantial and ≥ 60 severe disability. The validity and reliability ranges from 0.67 to 0.79 (9).

An observational study by Claudia et. al on common migraine concluded that Homoeopathic treatment improves the quality of life and intensity – severity of migraine with large effect size(10). A systematic review on Homoeopathy in the management of migraine also concluded that Homoeopathy improves migraine, but insignificantly when compared with placebo or analgesics. The systemic review was performed using only four research studies (11). Another systemic review focusing on six articles could not reach a conclusion due to flaws in research design and insufficient evidence (12). Considering these limitations, the present study focuses on evidence-based observations using the validated HIT-6 scale to understand the role of Homoeopathy in providing relief and improving functioning.

Using the HIT-6 Score, to explore the action of Homoeopathic Remedies on Disability and Intensity of Pain.

CRITERIA FOR INCLUSION AND EXCLUSION

Intervention: After receiving ethical clearance, 30 patients, eligible as per the enrolment criteria, were enrolled using a lottery method with simple random sampling. Individualized Homoeopathic medicines were prescribed after taking a detailed history. Chronic, Acute, and Intercurrent remedies were used as per the guidelines given inThe Organon of medicine. The prescription was finalized with the senior consultants so that the bias in remedy selection could be minimized. HIT-6 was applied before the commencement of treatment and after three months of treatment

The analysis included30 patients with common migraine. The statistical analyses were performed with IBM SPSS (Statistical Package for the Social Sciences) version 24.0. All the tests were two–sided with alpha 0.05.

Table 1. Tabular representation of the descriptive statistics of common migraine

Table 2. Tabular representation of the HIT–6 descriptive scores before and after the treatment

Graph 1: Box Plot representing the change in the HIT–6 score after the Homoeopathic Intervention 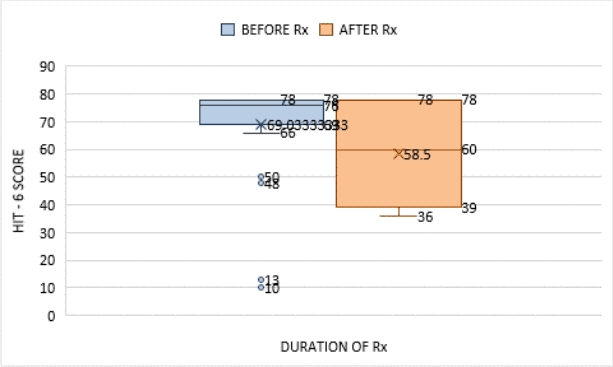 Table 4: Tabular representation of coverage of individualized remedies in the management of common migraine

The study showed a higher prevalence of women compared to men, which confirms the findings of the prevalence studies by Kulkarni et al (3). The mean age of the patient suffering from common migraine is 35.5 to 38.5 years which also goes hand-in-hand with the recent literature.

The HIT-6 score showed improvement in the score from 69.0 to 58.5 (9): severe impact to substantial impact. Thus, after the Homoeopathic intervention, the HIT-6 score changed, resulting in a reduced disease burden. The intervention helped improve the social functioning, role functioning, vitality, cognitive functioning, and psychological functioning, thus reducing the impact of migraine on the individual. It also reduced the intensity of pain. Along with the improvement in functioning and head pain, there was an improvement in associated expressions like nausea, vomiting, noise <, and light < (Table 3). The individualized Homoeopathic medicine is a holistic approach and hence the results showed improvement at the level of general well-being i.e. functioning and the particular level of head pain. Since the HIT-6 scale focuses on both, it helped in assessing the remedy response. Thus HIT-6 allowed us to not only treat the head pain intensity but also the individual as a whole; this is the key concept of management in Homoeopathy.

A study with a control group is required to replicate the conclusions of this study.

Conflict of Interest: None