A SENTIMENTAL MAN CAUGHT UP IN A WEB OF RELATIONSHIPS: A CASE REPORT

How to cite this article:
Rao SM, Joshi AR. A sentimental man caught up in a web of relationships: a case report. Journal of Integrated Standardized Homoeopathy (JISH) 2019; 02(02)

ABSTRACT:
The case report demonstrates the dilemma of a 38-year-old man with allergic rhinitis. The patient was a man stuck in his responsibilities as a son having sentiments for his father and his responsibilities towards his own daughter. This case shows the sensitivity of a man towards the dominance of his father who at the same time feels guilt for confronting his father. This case also helps to understand the sensitivity, sentimentality, anxiety, and attachments in an individual, all of which help us to understand Kali Carb as a remedy in an evolutionary form.
Keywords: Attachment, Sentimental, Kali Carb, Responsibility, Guilt, Anxiety

Note: The following case is a review of previously defined case that was not better with  Silicea, which was administered to him for almost 5 years. His respiratory symptoms and skin symptoms were continuous. This review (on 12 Oct. 2018) led to the patient’s subjective amelioration.

Patient as a Person (Attributes and Functions):

Sexual Function: Frequency decreased+2- Once in 1-2 months due to stress since last 8 years

Sleep: 8-9 hours- unrefreshing due to nose block, disturbed due to anxiety+2

The patient was born & brought up in an orthodox Gujarati family. His father was very strict, shouting at them when they didn’t study. The mother was very caring & loving in nature. The patient has two elder sisters, has good relationships with them; he was pampered a lot as a child. He said that as a child, he was not irritable or obstinate, and didn’t throw tantrums, he was calm & quiet. His childhood was good. He was emotionally attached to his parents.

In school, he had few friends. He did not interact too much with anyone, nor participate in any extra-curricular activities due to performance anxiety. He was happy in his own world. His sisters taught him and he did well in academics. Due to financial difficulties (in his sister’s marriage) he left studies after 11th Std. and started work with support from his brother-in-law. Though not ambitious career-wise, he liked the independence that his earnings afforded him. Till date, he is working in the same company.

He doesn’t like to share his feelings (personal & family matters) with anyone, thinking that others may not understand his problems and experience and may pass comments, due to which he would feel bad.

He had an arranged marriage. His wife had some issues with her appearance & self-confidence. The patient always supported her. At home, his wife has some conflicts – his father is dominating and taunts his wife, making her angry and leading to many fights. He tried to talk to his father but it didn’t work. He wanted to hire a maid for household work but his father didn’t allow this, saying “this is my house and you have to stay according to my will”. The patient got angry, felt misunderstood, got irritable at small fights and raised his voice. Therefore, he shifted to a separate flat with his wife and daughter when his wife was pregnant for the second time.

Another reason for separation was that in 2009-10, his daughter had some complaint in her genitals for which his wife took her to the gynaecologist. The doctor noted redness & swelling in her genitalia & something had happened to her (? sexual assault). This shocked the patient. The daughter said that her grandfather did this. The wife asked him to talk to his father several times, but he could not, out of fear, sentiments, and respect for his father, and because he could not believe that his father could have done something like this.

In those days, he felt better in the office but would get stressed and anxious in the evening, especially about facing his wife again. This lasted for 5 – 6 months. He was stuck between his responsibilities as a son and as a father. Finally, one day he got angry and spoke to his father. The father denied it and shouted about being blamed. The patient decided to get separated.

After separation, he keeps brooding about this. He cannot accept his father as the culprit, especially since the mother said that the father was crying afterwards. However, he also feels that his little daughter cannot lie. He is anxious about facing his father if he is innocent, feels that God will not forgive him for blaming his innocent father. So, every day he prays to God to show some indications that would prove him guilty. Since this issue, his sexual desire has reduced. After separation, he is still taking care of his parents, as he is the only son in his family. He worries about what will happen to them after him.

He is also currently repaying a bank loan for the new flat, about which he is quite stressed. He is attached to his children the most. He takes them out when he gets time; he likes to spend time with them, and doesn’t like to be alone at home. He likes to play old music & sing.

Since 1-2 years, he has work stress leading to anger at trifles. For 2 years, the company sales have been reducing leading to anxiety about future and about loan repayment. He has constant thoughts & anxieties in his mind. He takes the responsibility of work completion on himself and gets anxious. There is no pressure of the higher authority on him. For example, even if he is tired, he will not take even a day off.  Since 5 – 6 months, his irritability has increased. If someone argues with him, he gets aggravated and stops talking to that person.

He shouts when angry, his hands tremble and he likes to be alone. His anger lasts for 10-15 minutes, after which he feels guilty. He is sympathetic to others’ pain.

The Understanding of the Patient:

The patient had a pampered childhood. Since childhood, he is attached to his parents the most. His world has revolved around them. He is a very timid and anxious person with few friends. There is marked anticipatory anxiety, especially about his future and work stress. He is conscientious about his work. In the family conflict, he was stuck between his father and his daughter and got confused, feeling torn between his parents & his wife. Out of sentimentality, respect, and attachment towards his father, he could not talk to him about his daughter’s issue. Since this issue, as his wife is against his father, he has stopped giving importance to her sexual needs. His own sexual desire has reduced. He blames his father, but he also has guilt towards the feelings. After separating from his parents, he still feels responsible towards them. Due to tension in the family and work area many times, he feels irritable. The patient’s core can be defined as:-

The 3 criteria used for clinical diagnosis are:-

In this case, the patient reported shortness of breath, air not inhaled sufficiently. Whenever he felt like this, he used a dilator pump although his chest examination never revealed any spasm. We need to keep in mind the possibility of bronchial asthma as a clinical diagnosis. Although the pulmonary function test enables a decisive diagnosis in such cases, it was not performed in this patient.

Allergic factors leading to rhinitis are present. On examination, the nasal turbinates showed hypertrophy obstructing the entry of the airflow and leading to breathlessness. Radiographs of the nose or paranasal sinuses were not done to support this. He was not administered any acute remedy for shortness of breath.

The case was reviewed on 12/10/18. The patient was kept on placebo for 2 weeks and the indicated remedy was administered afterwards. During review, the physician had avoided  the very sensitive issue of the daughter’s trouble to give space to the patient. During follow-ups, he revealed this issue on his own. This spoke of the rapport building up between the physician and patient.

Three remedies – Silicea, Kali Carb, and Arsenic were differentiated. Considering the anxiety expressed by the patient, his sense of responsibility and conscientious attitude, Silicea was selected for him. This didn’t help him for 5 years, since it didn’t cover his core.

This patient is not only anxious but also invests deep sentiments in his relationships. His attachment to his parents makes him a responsible dutiful son. His bond with his father prevents him from understanding that his father can be wrong. Hence, he cannot stand against his father though he dislikes his father’s dictatorial behaviour.

He was pulled in two directions due to conflicts between his father and his wife. His sense of responsibility towards his wife and daughter led to him deciding to separate from his parents.

The sandwiched son in the role of a father confronted his own father regarding sexual abuse of his own daughter, due to wife’s constant pressure. He still feels guilty for confronting the father. He kept praying to God to prove his father guilty, so that his guilt as a son will go away.

This tearing apart of this sentimental sensitive person between the pressures of being a son and a father, was perceived as the core conflict. This led to the selection of Kali Carb.

Kali Carb also has main action on serous & mucous membranes and chest (1). Kali Carb has a strong sense of duty and responsibility; he is doing what must be done. Kali is liable to be dutiful. They want company but not sympathy. They cannot stand up for themselves (2).

Kali carb is sensitive to emotions and environmental changes but does not express this sensitivity, leading to sleeplessness (3). Dr. J. T. Kent says about Kali that there is anxiety on waking.  Kali suffers especially after the loss of some important source of security, such as job or partner. They get extremely irritable, quarrel with their family and with their bread and butter. They don’t want to be alone. Kali Carb is oversensitive to everything, especially atmospheric change. They feel miserable and hurt, but cannot fight back. This remedy is more anxious and all troubles come from anxiety (3).

Arsenic is also one of the anxious remedies but arsenic usually gives an impression of confidence in public, the onset of anxiety is sudden with characteristic features of fear – fear of death and illness. An anxious arsenic person comes with restlessness – (Dr. J. T. Kent -“Anguish driving him from place to place). Arsenic too has attachment but has a stronger ego than Kali. Arsenic tends to be passionate and determined whereas Kali is sensible, logical & responsible. So Arsenic is ruled out since there is no Arsenic anxiety (5).

In further follow-ups the patient continued to be better in RS and Skin complaints. Kali Carb 200 3P was continued for almost one year. Recently some financial issue has come up at his work place around 2 – 3 months back, where he too was involved. This led to insecurity about his job. The mounting anxiety again led to breathlessness and he started reusing the bronchodilator pump. The potency was increased to Kali Carb 1M, which gave relief.

Learning derived through the case:-

This case helps to understand the following aspects:- 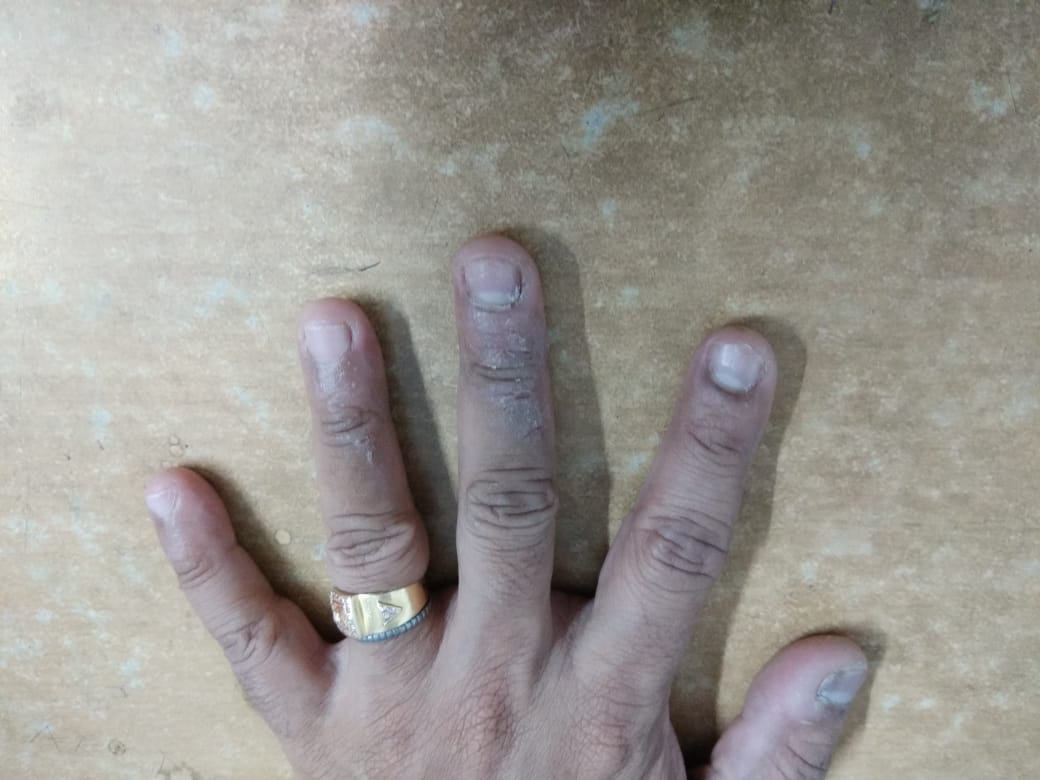 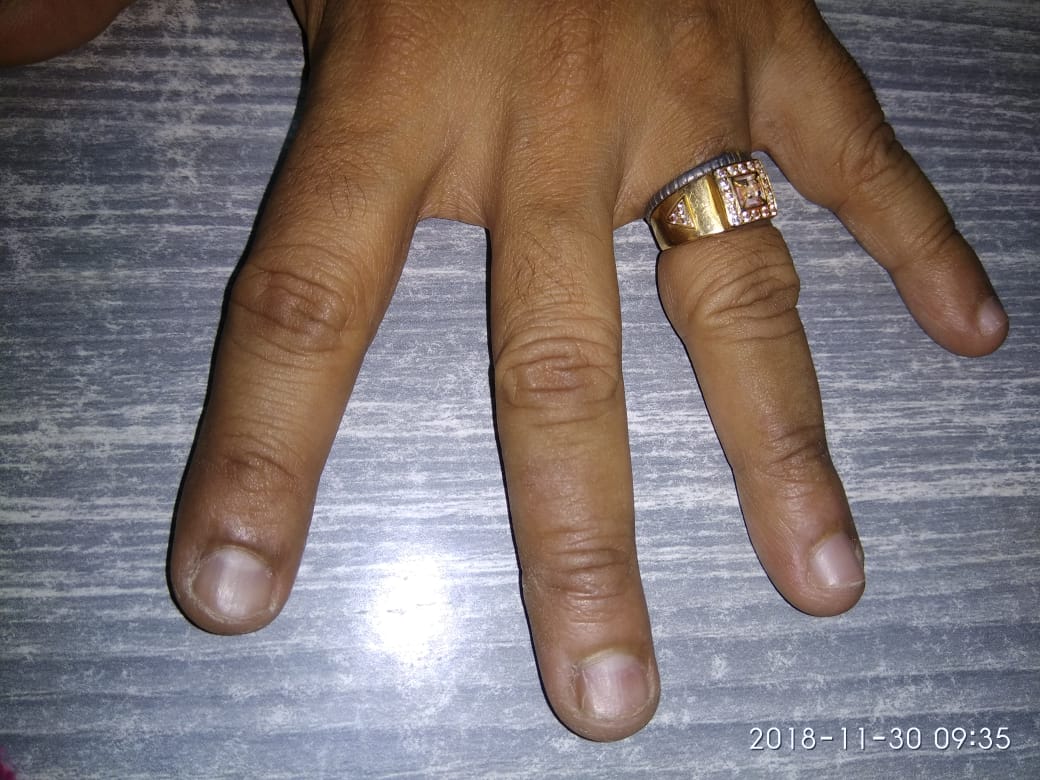