How to Write a Scientific Article: Part III: Language

In the last Part we saw how we can organize a Paper by thinking logically. In this part we will see how we can use the tool of the English language so that we express ourselves accurately and adequately.

When we are writing we are introducing ourselves to the reader through the writing. So obviously we should write well. Correct usage of grammar makes written content more readable and in turn more effective. Grammar is seen by many as difficult and its study as boring. If we go deep, it is a rather taxing study. But grammar rules are like the traffic signs and signals – they keep us moving smoothly in the right direction. We can write well if we understand and use accurately the basic structure of an English sentence.

We will take a quick look at the English sentence structure first.

Let us see the correct order of words in a sentence: 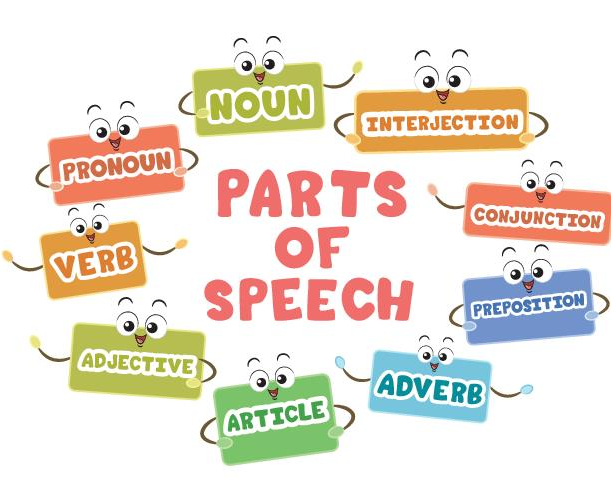 We should be aware of these so that we can use them effectively.

Small errors, and large, take away from our effectiveness and also the beauty of our writing. We need to pay attention to these. 75 to 80 % of grammatical errors can be improved by paying attention to about 7 – 8 points. We will take up these points now –

The Articles (A / An / The) – The basic rule here is – if it is countable, it should be counted. A car, but not a milk; yes, you say a litre of milk, because a litre is countable. ‘A’ precedes consonants, ‘An’ precedes vowels.

About ‘the’ – ‘the’ will precede a noun when – A. We are using the noun the second time onwards – ‘a dog barked. The barking dog had sensed something’. B. The phenomenon or person is unique – ‘the sun, the moon, the President of India’ etc. C. Sometimes, the noun we are using has a direct reference to the topic of presentation. If the Paper is on Counselling, for example, we may refer directly to ‘the Counsellor’.

The full stop – The full stop comes immediately at the end of a sentence – no space between the last word and the full stop. The first word of the next sentence opens with a capital letter. (‘..went. The racehorse….’ for example, and not ‘went . the racehorse…) A very small error, but leaving a bad impression on the reader!

The dash (-) – Leave no space between words when you are hyphenating a word (‘all-time attachment’). Leave a single space both sides of the dash when using it otherwise. ( ‘ The mind of Man – an independent…….’ etc.)

The Comma – When using to demarcate a phrase, remember the rule of parallels – a comma before the phrase, and after the phrase. ‘The girl, running in a haphazard manner, went in the station.’

Pre-positions give further information about the noun or the verb. They do the work of ‘Vibhakti pratyaya’ in our Indian languages. See the examples above – ‘the mind of man’.  ‘Went in the station.’ When used with a verb, they define the specific action of the verb – ‘to go in’, ‘to go out’, ‘to go off’ specify the action of ‘go’. A good dictionary should be referred for this verb usage (I have found the ‘Advanced Learner’s Oxford Dictionary’ very useful).

Prepositions are a tricky business. When we were in college, a joke was making the rounds – the NCC Instructor was supposed to have said, ‘She was standing on the bus-stop’, instead of saying ‘she was standing at the bus-stop’! This is usage! In Hindi ‘Woh bus-stop par khadi thi’ – which the Instructor translated with unfortunate results. Marathi and Gujarati, in fact all languages, when translated without attention, can lead to similar errors. Only the other day I came across such an error – the author wrote – ‘I was requested to write over the topic ….’ When he actually meant ‘I was requested to write about the topic …’ He had translated the thought – ‘topicvar’, in Marathi ‘var’ meaning over, when actually in English he should have written ‘about’. These errors lead to a very confused (and confusing!) expression.

The problem is further compounded due to vocabulary. The Hindi word ‘upar’ does the work of four English words – on, above, over, upon and sometimes up – ‘Up above the world so high / Like a diamond in the sky.’

The solution to this problem is to be sensitive to word usage while reading or listening. And to refer to a good dictionary till your language improves.

Words like ‘and’, ‘or’, ‘hence’ join two pieces of a sentence together. They are conjunctions.

Errors in the use of prepositions and conjunctions take away from the effectiveness of your writing. Please refer to a good book on grammar for this. I can recommend ‘Wren and Martin’ – now they also have a key to the exercises.

Verbs are ‘action words’, they express action, cerebral, emotional or physical. All action takes place in time. You go from the past to the future, through the present.

Do look on tenses as an expression of the time-line. So there are three tenses – the past, the present and the future.

Each tense is subdivided into four sections, considering the action.

Do refer to Wren & Martin for a complete discussion.

If we remember some simple rules, our errors of tenses will be reduced greatly –

Be Consistent – The tense reflects the thought in the write-up. So use the same tense all through unless the argument changes its period.

Singular / Plural – This error contributes a lot to the total number of errors. You have to match the verb form to the noun which is the subject of your sentence.

Each sentence has a core of meaning to it. That core is usually simple. Even in long, complicated sentences, often the basic action is simple and can be identified simply. We have to ask 3 questions, which should get answers of 1 or 2 words. They are –

About whom or what is the sentence speaking? (Gives you the subject)

What action is being described centrally? (Gives you the verb)

The rest of the words in the sentence, you will usually find, give more details about these 4.

Now that we have dealt with the grammar component, we will deal with the other aspect of style.

For our scientific writing, I think the narrative style will be suitable.

It is customary to write in a direct manner in good English. Active voice is used more often. ‘The Tribal Group made a beautiful presentation on Anaemia at the ICR Day’. This is direct and covers the relevant data. ‘A beautiful presentation was made on Anaemia on the ICR Day by the Tribal Group.’ This shifts the emphasis subtly from the presenter to the presentation or the topic of presentation. In English the passive voice is used rarely, and with a specific purpose, usually the purpose being a shift in emphasis.

Let us write well. Let us write easily and to the point. Let our readers be happy with what we write!

In the next article we will go to the presentation of statistical analysis.