“The Times They Are a-Changin”

These are the concluding lines of probably one of the most iconic songs of modern times. This song along with Dylan’s other famous songs was the primary reason for his selection for the Nobel prize in Literature for the year 2016, making him the first musician to win an award in that category since 1901. This song is also a personal favourite; recorded and released in 1963, it is relevant even in 2020. Dylan wrote this song as a deliberate attempt to create an anthem of change for the moment. As they say, “Change is the only constant” and the song resonates more and more in my ears and in my mind as JISH is changing. Why do we at JISH feel the need to change? And in which direction are we taking the Journal?

The other day I chanced upon a wonderful newspaper article written on the renowned Texas cardiologist, Dr John Harper. The article talks about Dr Harper’s Friday mornings, Coffee With Cardiology teaching sessions (so much similar sounding with our very own “Fridays with Dhawale” online episodes) , where Harper doesn’t just take residents and medical students on rounds and discusses cases. He also brings music for them to absorb and essays, poems and short stories for them to read — or, he says, to “lean in and listen” as he reads aloud. He accompanies his students to museums and invites them to his home to discuss literature. Dr Harper has been also organising an annual conference in Texas called “Literature + Medicine”, for some time now. But in the entire write-up what caught my attention was his statement “Reading makes us better people, and better people are better doctors.” 1 Do all Homoeopathic Doctors read about our science and outside our science?

I got my answer in the findings of the survey designed by Dr Devangini Broker. Many of you will recollect this survey carried by us on the social media and over emails. The survey was carried out to understand the reading preferences of Homoeopathic physicians and also was aimed to help us bring about quality changes in JISH as well. We had received a very good response from our readers. One of the findings is that majority of Homoeopaths read, a lot; this throws light on the reading patterns of Homoeopaths. The findings brought to our notice that majority of the readers preferred to read in a text format rather than HTML, also a majority wanted a downloadable pdf version for records, later readings and reference and a lot preferred if the entire e-journal was customised to a mobile screen friendly format and reading. A lot of readers also indicated that they were open to paid subscriptions in return for quality papers and case reports.

The JISH has been functional since September 2018 and has been well received. It also received its ISSN number. The next logical step now is in improving its quality, raising the standard, digitalizing the publishing platform, and instituting a peer reviewing system.

Some of the survey findings have also been helpful in bringing about changes in JISH, which you will see in our new Format from the next issue that will be brought out through an arrangement with an international publishing house. This will involve putting up a fully functional website for JISH, having software that will link to the website and make the entire process right from article receipt to finalizing the final version completely online. This will result in eventually indexing of the JISH on respectable sites (very few Homoeopathic journals have that distinction), and optimizing the search and abstract loading on multiple search engines e.g. Google scholar, EBSCO, etc. This will open up an entirely new avenue worldwide for our writers to become known and for the Institute to carry its message. We are also in the process of putting in place a wide based Review Board that will have representatives from Academics, Clinical Practice, Hospital Management, Research and Industry all across the world.

Also as per the readers demand, we will be introducing a subscription model, but going in line with our open access policy; the subscription model will apply for downloadable PDFs, re-prints and institutional users.

So this is the last issue in the current format and it is packed with some good papers that will enhance our learning.

We all know Homoeopathy acts, but time and again we are being asked to show evidence with statistically significant results. This issue brings one such study conducted by the Medicine and Research Depts of MLDMHI, documenting the action of Homoeopathic remedies in the management of Common Migraine using the Headache Impact Test-6 (HIT-6) as a tool. It explores the impact of Homoeopathic medicines in reducing the disease burden by improving the functioning at social, psychological and cognitive levels.

All of us have amazing evidence based experiences in our clinical practice. Each of these clinical experiences has a large compendium of learning. Sharing these experiences with peers gives us a chance to widen our own knowledge base, which in turn benefits the entire Homoeopathic profession. The major hurdle faced by many of us is how to convert the experience into an article. The first step for writing a scientific article is to understand the process of critical reading and critical thinking. Dr Prashant Tamboli in his paper takes our hand and guides us through these processes and helps us to decode, simplify, and understand the research papers published in various peer-reviewed journals. In subsequent issues, he will guide us in how to write various types of scientific articles.

Alumni are the strength of any organization. They serve as the vital link between the community and the institute and when they respond to a natural calamity and rise up to serve the community with the help of Homoeopathy and the institute, what we get is “Leaders of Change”. Dr Anoop Nigwekar shares the account of this transformation of the Kolhapur Alumni group when they were able to put aside their own personal loss, trauma, and grief due to a natural calamity and work to serve their very own. This account will inspire all of us to bring about a change within and in our communities and surroundings.

In this issue we also have an interesting book review by Dr Pradnya Joglekar and a well-documented case report by Dr Dilip Nandha to enhance our learning.

As I reflect on the past two years of JISH, I also recollect the lines from the poem “Little Gidding” written by T. S. Eliot-

“What we call the beginning is often the end
And to make an end is to make a beginning.
The end is where we start from…”

When we started our journey, in the first editorial I had mentioned about a wonderful painting by contemporary American artist Karin Jurick, titled ‘Lancaster County’; that painting had a beautiful country road which somewhere also symbolised the start of the journey of JISH. At this point in time, as JISH is entering a new phase, I remember another painting of Karin Jurick titled ‘Mosey Along’. 2 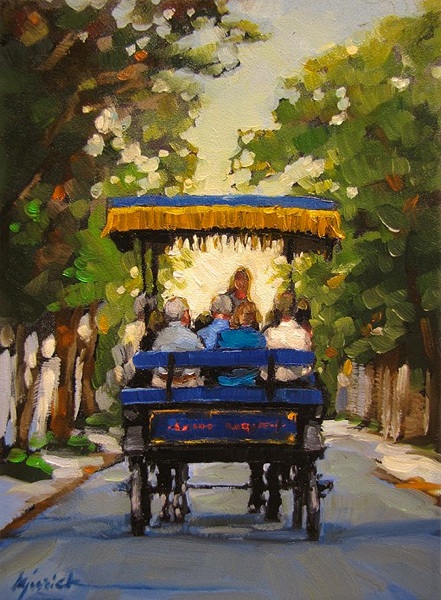 The journey we started alone on the road to create a quality journal in Homoeopathy will continue, but now it won’t be a solitary one. Now we will have company (just like the people in the painting), the company of our readers who have been with us in the past two years and who we hope will continue to be with us in future as well. And we will be joined by our team of reviewers and the many, many more who will join us as we spread our wings and soar above the clouds

Till we meet again, a Big Thank you and Take Care.