THE ICR SYMPOSIUM ON THE HOMOEOPATHIC MANAGEMENT OF EPILEPTOID DISORDERS,  VADODARA – SEPT 2018

As a part of Continued Medical Education activity, the Homoeopathic Education & Charitable Trust (HECT) and the Institute of Clinical Research (ICR) held their annual Symposium this September (28 – 30 Sept. 2018). Dr. Mihir Parikh was the Symposium Director and Drs Chirag Shah and Dilip Nandha were the Symposium Coordinators.

A total of 162 delegates attended the symposium comprising students and practitioners from Vadodara, Gujarat, Mumbai/Palghar, Maharashtra, Karnataka, Chhattisgarh, and faculty members from MLDMHI and HECT.

The first question that comes is – why were Epileptoid Disorders selected as the topic of the Symposium? Let us have a brief introduction to these Disorders.

The meaning of EPILEPTOID is -1: epileptiform. 2: exhibiting symptoms resembling those of epilepsy. So we decided to include cases seen in our Homoeopathic practice of all the clinical conditions which cause seizures or have resemblance to epilepsy. As per a recent study, 70 million people have epilepsy worldwide. There are more than 12 million persons with epilepsy (PWE) in India, which contributes to nearly one-sixth of the global burden. The huge burden from India can probably be attributed to large population, lower income and education, sociocultural prejudices, inadequate resources, competing with infectious and noncommunicable diseases, and the low importance given to public health aspects of epilepsy. It becomes necessary to understand the burden, distribution, risk factors, and determinants of epilepsy through epidemiological approaches in order to organize preventive, promotive, curative, and rehabilitative services for formulating a PWE (the public health approach). 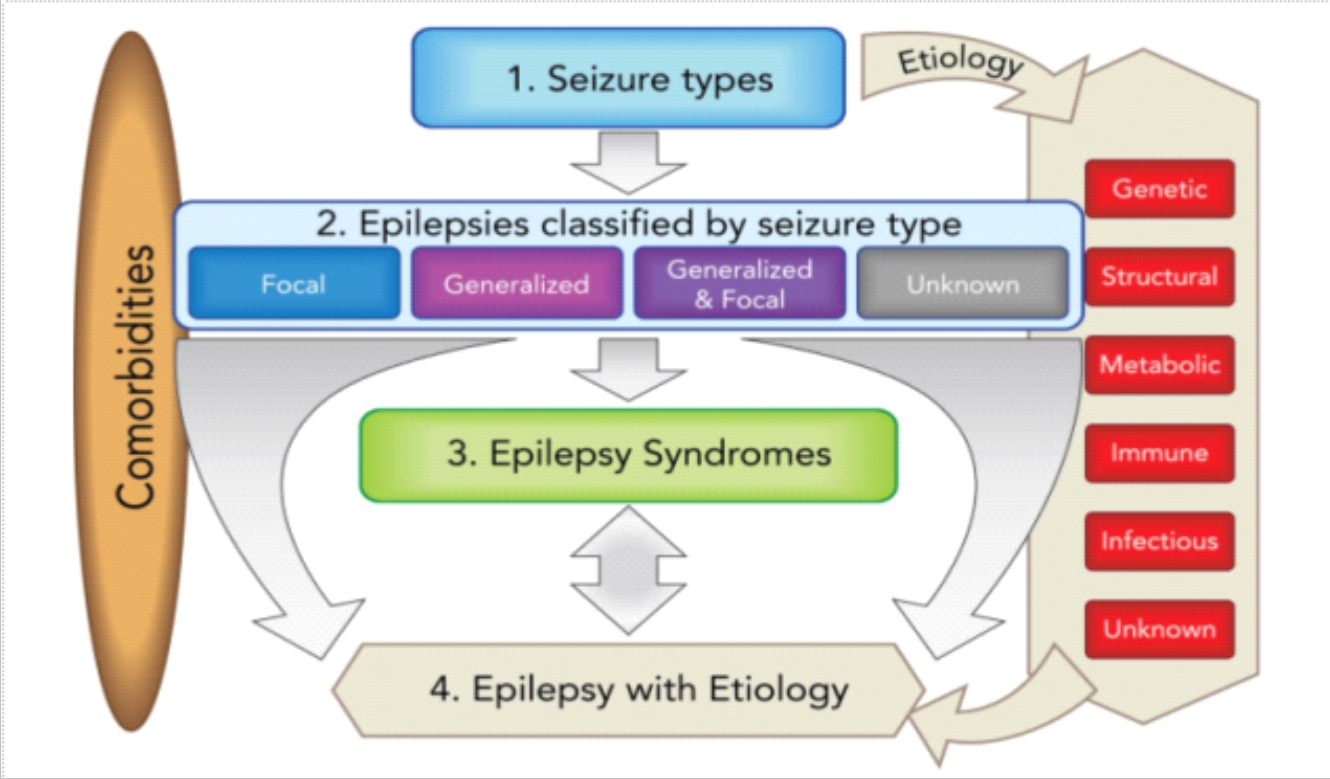 A good history by an observant witness remains the hallmark of the diagnosis of epilepsy. It is important to differentiate acute symptomatic seizures from unprovoked seizures (epilepsy) in order to systematically classify cases and determine prognosis.

In Homoeopathic philosophy, epilepsy fits into the classification of periodic diseases. Its management requires specialized case-taking with the help of the patient and his / her relatives. Co-morbidities of epilepsy need to be tackled.

In Homoeopathic practice, most of the times patients of epilepsy come with ongoing allopathic treatment, which produces adverse effects on the patient’s psyche and behavior. We need to know these and to plan tapering off the drugs carefully. Understanding individual susceptibility, sensitivity, and the role of Miasms in planning the posology acquires a central importance here. As Homoeopaths we believe in Holistic healing. This includes the important concept of the Quality of Life. This concept reflects a shift in focus from laboratory values to “how patients do”. Patients with epilepsy have psychosocial, cognitive, and behavioral issues. And hence this disease poses great challenges in our practice. The Vadodara Symposium tried to fathom the depth & width of this disorder and to bring order from the chaos.

Dr. Mihir Parikh, the Symposium Director, introduced the Symposium by addressing the relevant clinical and Homoeopathic issues in understanding Epileptoid Disorders. He also highlighted the learning objectives of the symposium in general as well as of each of the cases, clarifying what is expected from the participants as learners.

Two cases were presented, one of these being of Nocturnal Epilepsy, MR & Behavioural symptoms. The group wrestled with confusion about the behavioural symptoms presented by the child – whether a part of epilepsy or whether separate psychiatric condition or dispositional characteristics. The tool of CCA (Cognitive – Conative – Affect) helped in dealing with this confusion. Discussion on the Differential Materia medica of Opium & Stramonium and Hyosyamus was a useful exercise. The second case was that of a child presenting with GTC (Generalized Tonic Convulsions), severe hypotonia with delayed milestones and mild optic atrophy due to prenatal CNS defect, who was treated with Calc Phos. In both the cases discussion focussed on the importance of clinical history – birth history & milestones, integrating these with investigation to arrive at the diagnosis and utility of evaluating what is treatable.

Management of these cases also demonstrated the role of constitutional Homoeopathic medicines and of the multidisciplinary approach in an irreversible neurological disorder and that we ought to treat an Epileptic and not Epilepsy.

Two cases of Primary Idiopathic Epilepsy in infants with GDD (Global Developmental Delay) demonstrated the importance of studying family history, diathesis, disease classification and investigations and documentation. Vaccination – its impact on susceptibility and concept of vaccination from the Homoeopathic perspective as a cause and its importance as an eliminating rubric in totality was a useful discussion in these cases. Application of these concepts in posology was also demonstrated in these cases where centesimal and millisimal scales were used in each of them. The cases opened an avenue to study differences in action of these two potency scales in epilepsy. The team also shared the importance of the interdisciplinary approach in management of Epilepsy with GDD.

Cases presented by the Palghar team were from a rural set-up with limited facilities and patients coming from a different socio-economic and cultural background. The team shared the challenges of case-receiving in epilepsy. The team shared experience of managing a case of convulsions in a case of alcohol withdrawal, a case of Status Epilepticus in casualty, a case of Epilepsy with organic changes in brain due to perinatal trauma. The importance of observation & detailed symptoms, data in the lucid period in a case of alcohol withdrawal, and   objective data of physical generals helping in selecting the similimum in Status Epilepticus was demonstrated. Interpreting Susceptibility in cases with limited data was discussed. The theory of Homoeopathic classification of diseases and its application in evolving therapeutic strategies was discussed in these cases.

These cases also demonstrated the importance of the observer in the OPD and the CSEF (Clinical Session Evaluation Form). The conflict of a young ambitious athlete and a conservative mother and its impact on the physician was realized through identifying the Dr. ó Pt. relationship and the role-play that took place. Through a study of Psychodynamic and psychosomatic aspects the various defence mechanisms adopted by the patients were identified, helping to perceive the patient as a person and creating Materia Medica images. Synthetic Prescribing was discussed in two of these cases where Nat Sil and Calc Phos were successfully prescribed. The medico-legal aspects, with the need to take written consent of the patient while withdrawing AED (Anti-Epileptic Drugs), were brought out.

Dr. Sarbani Raha, (Paediatric Neuro-physician) on Seizures & Epilepsy effectively presented the basic concepts of seizure & epilepsy – definition, classification, clinical presentation – importance of history-taking (Family history, pre- / peri- / post-natal, birth history, injury history / any infection) and interpreting with Investigation (MRI & EEG). She also demonstrated the concept of a case-based study. Giving more importance to clinical presentation than investigations, she illustrated how investigations (EEG / MRI) verify our diagnosis / conclusion. She also focused on the selection of AED as per the case, addition / withdrawal of any drug as per the case and its co-morbidity.

So in a nutshell, the symposium demonstrated

Overall, it was a symposium scintillating with inter-disciplinary and Homoeopathic knowledge.